Our little Ms. has a terrible cold. 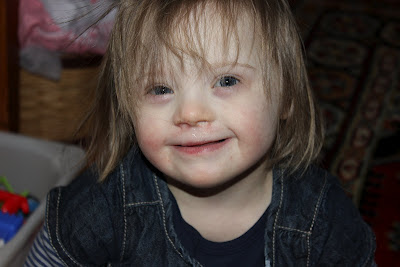 She’s had it now for over a week. Runny, gooky nose and cough. We got the vaporizer running at night and I’m using the saline spray, which she is surprisingly good about. She started out with a fever and cough, but that only lasted about 24 hours. And then the full-blown cold took over. But I think slowly she’s getting better. She still plays with her usual zest. The only WEIRD thing that’s been going on is she’s been waking with one ICE COLD foot and one warm foot. It’s very weird. She usually has TWO ice cold feet when she wakes in the morning, but 3x now it’s been just one foot. And it’s not consistent. 1x was about a week ago and then the other 2x were yesterday and the day before. I forgot which foot it was the first two times so I’m waiting for it to happen again to determine if it’s the same foot (the RIGHT one). I spoke to her cardiologist today (after waiting ALL DAY yesterday for NO CALL back) who said it didn’t sound like her heart, but that she would be willing to move up her April 30th annual appointment to mid-March. They want to look at her aortic arch. She doubts that’s the cause though because she thinks it would be cold on both sides and all the time. She also said if it IS occurring on the same side each time that she thinks our pedi should order a Doppler ultrasound to check her leg vasculature. I’ve got a call into him next. . . so stay continued. It’s probably one of those weird things that will turn into being nothing. Thank goodness she’s otherwise acting “normal” LOL because otherwise I’d be more worried! 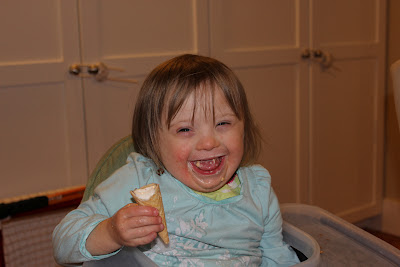