Leaving on a Jet Plane

Okay, well not a jet plane, but rather a train. And it's not me, but rather my first born. He's flown the coupe. Left home. Gone away. Yes, my son has left me. I know, I'm being dramatic, but this is the first time my son has gone off, on a train, for a weekend away from me. Don't get me wrong, we've spent many a night away from each other when Chloe was hospitalized frequently as an infant, and he is, afterall TEN years old, AND he IS with my mother, but I can't stop feeling anxious that he's in a different state, a 5-hour-train ride away, no less. I admit, I miss him already (he just left this morning). What am I going to do when he goes off on his own??? I recently saw various posts on Facebook about daughters being like sunshine (or some crap like that), but hey, sons are pretty rockin' too. :) Hope he has an awesome time. I love my Xander! 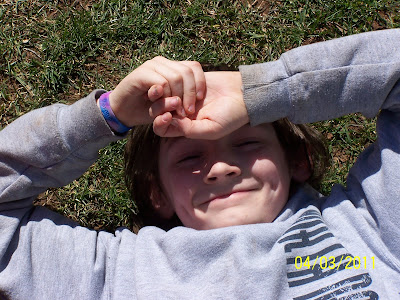 And a quick update on Chloe's hair drama. . . I've been putting a ponytail in and she usually keeps it in for a few hours at a time before ripping it out. I'm trying to consistently put it back in so maybe she'll just get sick of pulling it out. 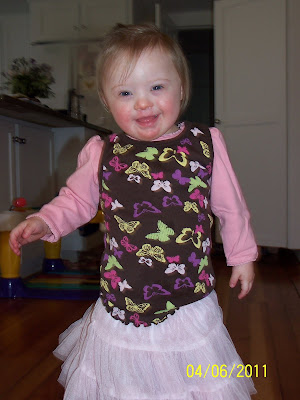 Other than that, things are good. Chloe's got a cold with a cough, but it's not a major thing. Here's hoping it stays that way.
Posted by Mama Mason-Mann at 5:13 PM